On Friday, October 3rd, I dyno'd my car's engine for the first time.  I wanted to produce a baseline before I started working on the car.   A bit of history is necessary to explain this procedure.   Here is what I know and have done so far.  Bruno did not build the engine.  The engine itself came from Lehmann.  As far as I know its a 2.144 litre alloy block straight 5.  Bruno said that he did not get a Sport Quattro motor with the unlined cylinder walls, meaning that his motor has lined cylinder walls.  The EM and such was also supplied by Lehmann.  Bruno believes it was an RS2 EM and turbo.   The car also have to comply with the rules and was fitted with a 40mm restrictor.  I removed the restrictor about a year ago.   The effect on the car's performance was minimal.   I actually think that removing the restrictor made the car run rich.

So here is where it stands now, I have done some prior work to the motor and have discovered the following in summary, the block is alloy It is a KW block number 85, it has a SQ oil pan, Lehmann Intake manifold which is externally very similar to a Sport Quattro intake manifold except the water manifold is seperate. , RS2 Exhaust manifold.  I have installed a new SQ cam cover and found that the cams are chained, not geared.   The car does not have an O2 sensor.

About one month ago, I sent the ECU in my car to Ned Ritchie to have it checked out.   He said it was fine and one of the smoothest he's tested.  The Lehmann ECU has a 2.5 bar transducer.   My car hits about 1.7 bar and it comes on very fast.  Full boost can be reached in just a tad over 1 second.

Here are the results of the dyno, I did two runs and they are similar.  We did the test in 4th gear with the 4.11 final drive installed.  The first run was done with a center diff locked and I got a bit more torque and less HP.  With the center unlocked, the results flipped a bit, but were about the same within 5 points of each other. 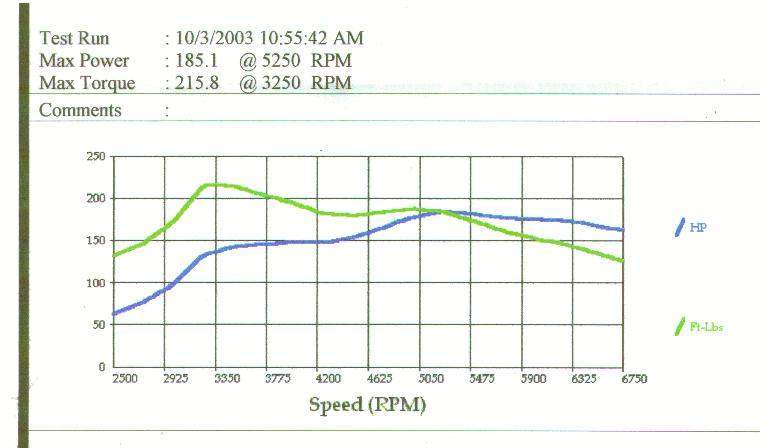 Obviously this was less than I expected, but beneficial because I noticed a few things.  The car was making puffs of black smoke after it passed about 3400 rpm.  It was definately running rich.  How and why is still unknown.

So, I went ahead with my engine breakdown. 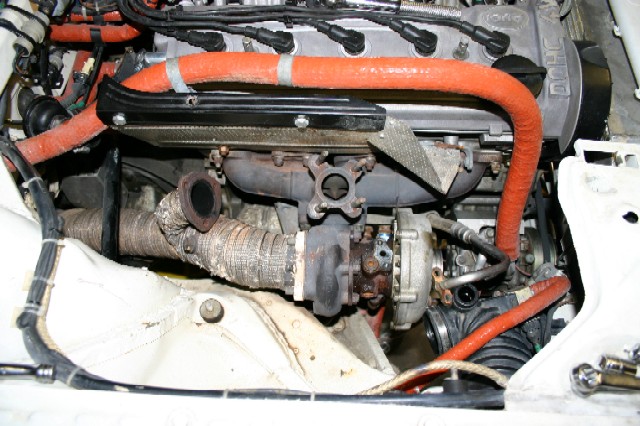 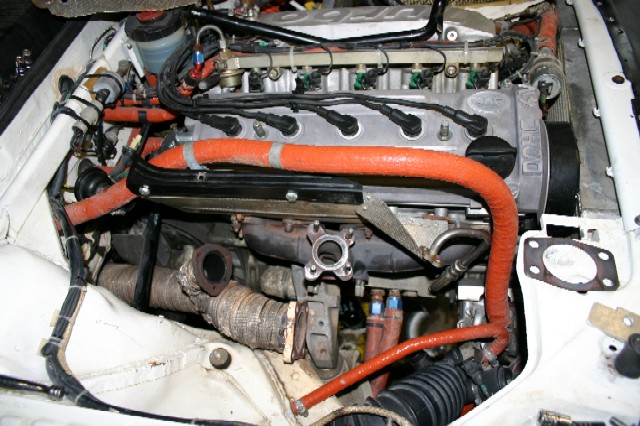 Now that the turbo is out, I can check and verify a few more things.  The airbox looked fine.  No issues with the airflow there.  Its sourcing good air from the front of the car and air access is fine with the SQ front grill.   The airfilter was brand new.  The condition of the MAF is unknown, but the PN is one used on a UrS4 or 300 TQ. 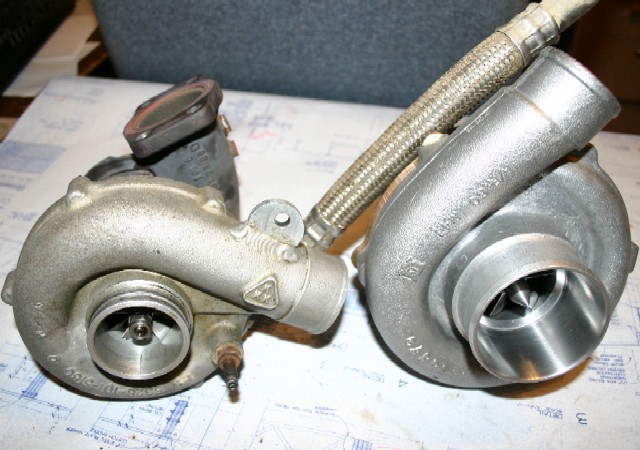 Here are the two turbos side by side.  The RS2? is on the left and the Hybrid is on the right.  The compressor inducer is a bit larger on the hybrid 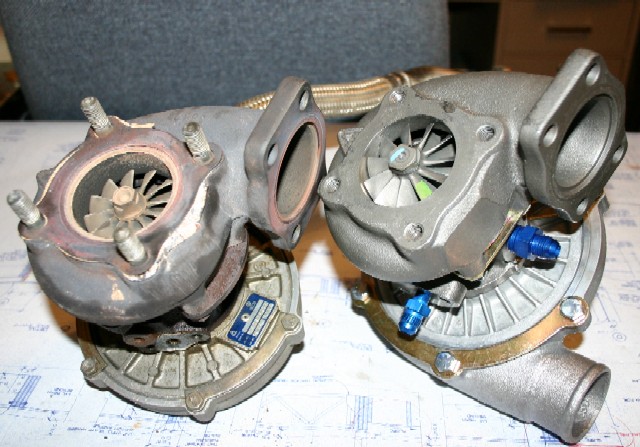 The label on the turbo that was removed.  There was speculation on my part that this was a Group A turbocharger.  It appears to be a full RS2 Comp spec turbo which means the dyno is even more of a mystery indicating some other problem with the motor. 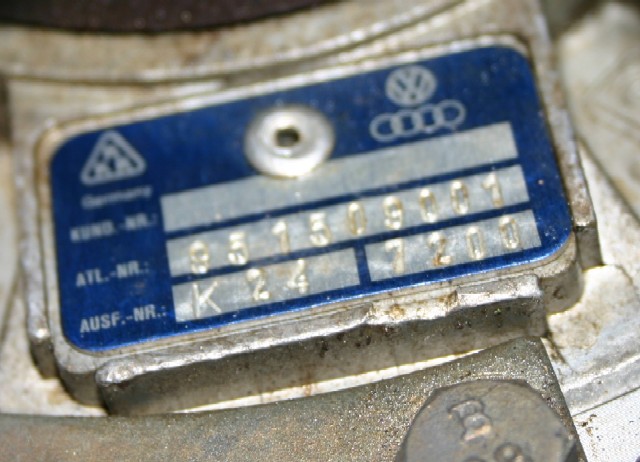