My car came with a not so original looking front grill.  it is constructed like an original wide front grill, but it is narrower to allow the fitting of the euro headlights.   Althought functional, I prefer the look of the wide front grill and intend to make this cosmetic change.   One important thing is to locate a wide audisport front girll.  Obviously they were hand made in kevlar and carbon back in the early 80s.  I didn't have high hopes that I would find a working intact grill.   So I went with salvaged grills.  Sure enough Bruno had a smashed up grill that has the right side completely damaged.  The left is okay with some fractures in the slats and face.  Nothing that can't be repaired, but more importantly I have a template that can be used to rebuild the damaged half.   The plan is to repair the wide front grill using glass and kevlar.  Then find some original pre-43 coupe or urq headlights.  These will have to be cut in half and mounted in the same spot as the euros.  It will mean a big drop in functional light output, but it won't be that big a deal with the 6 competition flood lamps.    A plus, is that the wider grill will allow a bit more air into the engine bay reducing temps as well as a more aggressive wider look.  It will also look original which is very important to me.

off with the old grill.  It came off easy enough.  I still have bumper on at this point.  It will have to be removed to take out the euro lights.  There is a bolt that can't be reached from the front with the bumper on.  I'm going to have to remove some of the turbo ducting to remove the bumper. 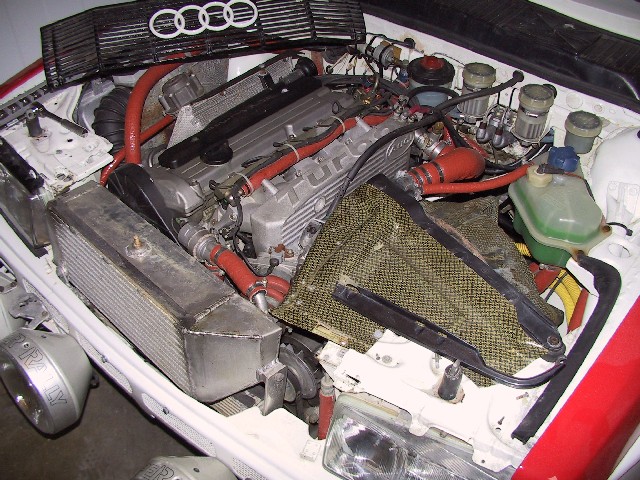 I don't have a good shot of the damaged grill before I started work, but this is far enough along that it shows the damage to the left 3 bays.  The entire top is reconstructed.  I've got layers of glass on there and this is prior to sanding.  Once the frame is back together, I will repair the slats. 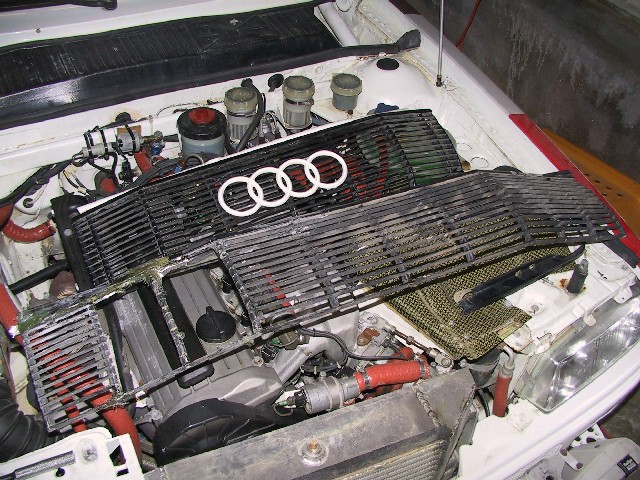 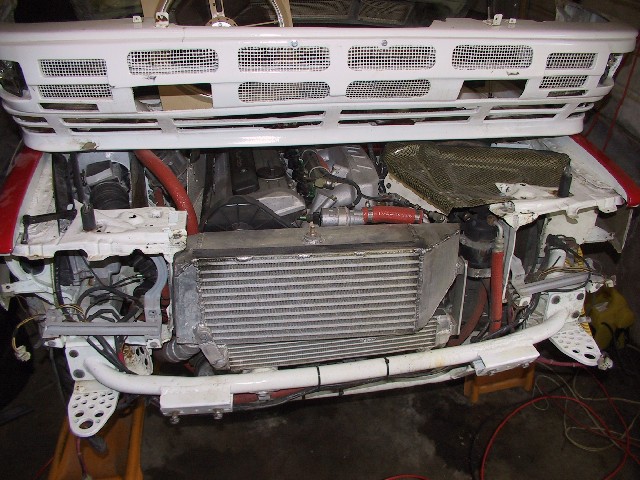 Here a good top view of the new grill, you can make out the glass laminations on top.  The struts have been reinforced from the back side.  its quite solid.   The new aluminum pieces will be used to fabricate a new cross member.  I could reuse the old one, but that would mean cutting up the original narrow grill. 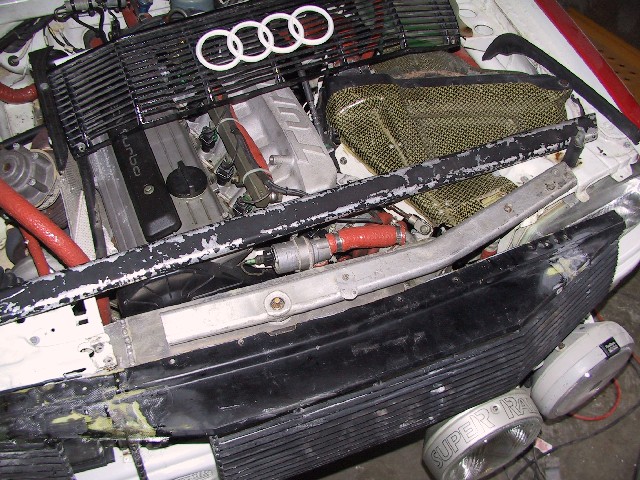